In a preview clip of his interview with Fox News’ Dana Perino, Zuckerberg weighed in on the escalating dustup between Trump and Twitter. The issue at hand was the labeling of the president’s tweets sounding the alarm on potential voter fraud in the upcoming election, pointing to “fact checkers” that say there is “no evidence” that expanded, nationwide mail-in voting would increase fraud risks. Twitter’s own analysis was later scrutinized by critics.

“We have a different policy than, I think, Twitter on this,” Zuckerberg told “The Daily Briefing” in an interview scheduled to air in full on Thursday.

“I just believe strongly that Facebook shouldn’t be the arbiter of truth of everything that people say online,” he added. “Private companies probably shouldn’t be, especially these platform companies, shouldn’t be in the position of doing that.”

In a late-night Twitter thread, Dorsey refuted Zuckerberg’s comments while defending Twitter’s “Head of Site Integrity” Yoel Roth after his hyper-partisan anti-Trump tweets were discovered in the wake of the politically-charged debate over Trump’s tweets.

TWITTER EXEC IN CHARGE OF EFFORT TO FACT-CHECK TRUMP HAS HISTORY OF ANTI-TRUMP POSTS, CALLED MCCONNELL A ‘BAG OF FARTS’

“Fact check: there is someone ultimately accountable for our actions as a company, and that’s me,” Dorsey began. “Please leave our employees out of this. We’ll continue to point out incorrect or disputed information about elections globally. And we will admit to and own any mistakes we make.”

He continued, “This does not make us an ‘arbiter of truth.’ Our intention is to connect the dots of conflicting statements and show the information in dispute so people can judge for themselves. More transparency from us is critical so folks can clearly see the why behind our actions.”

Citing the platform’s “Civic Integrity Policy,” Dorsey explained that Trump’s tweets “may mislead people into thinking they don’t need to register to get a ballot (only registered voters receive ballots),” adding that “We’re updating the link on @realDonaldTrump’s tweet to make this more clear.”

The link, which relies on The Washington Post and CNN as “fact-checkers,” was updated with tweets from the “Twitter Safety” account, which read, “We added a label to two @realDonaldTrump Tweets about California’s vote-by-mail plans as part of our efforts to enforce our civic integrity policy. We believe those Tweets could confuse voters about what they need to do to receive a ballot and participate in the election process,” also adding, “We also wanted to provide additional context and conversation with regard to voter fraud and mail-in ballots. We have a range of remediations, and in some cases we add labels that link to more context.”

Dorsey’s tweets were criticized by conservatives, slamming him for not taking stronger action against Chinese propaganda that has spread on the platform during the coronavirus outbreak.

“Thanks for the clarification @jack. “This makes YOU accountable for allowing the Chinese Communist Party to abuse this site with misinformation & propaganda spread across the globe – all while the CCP bans and suppresses their own people from using Twitter!” Rep. Elise Stefanik, R-N.Y. reacted. 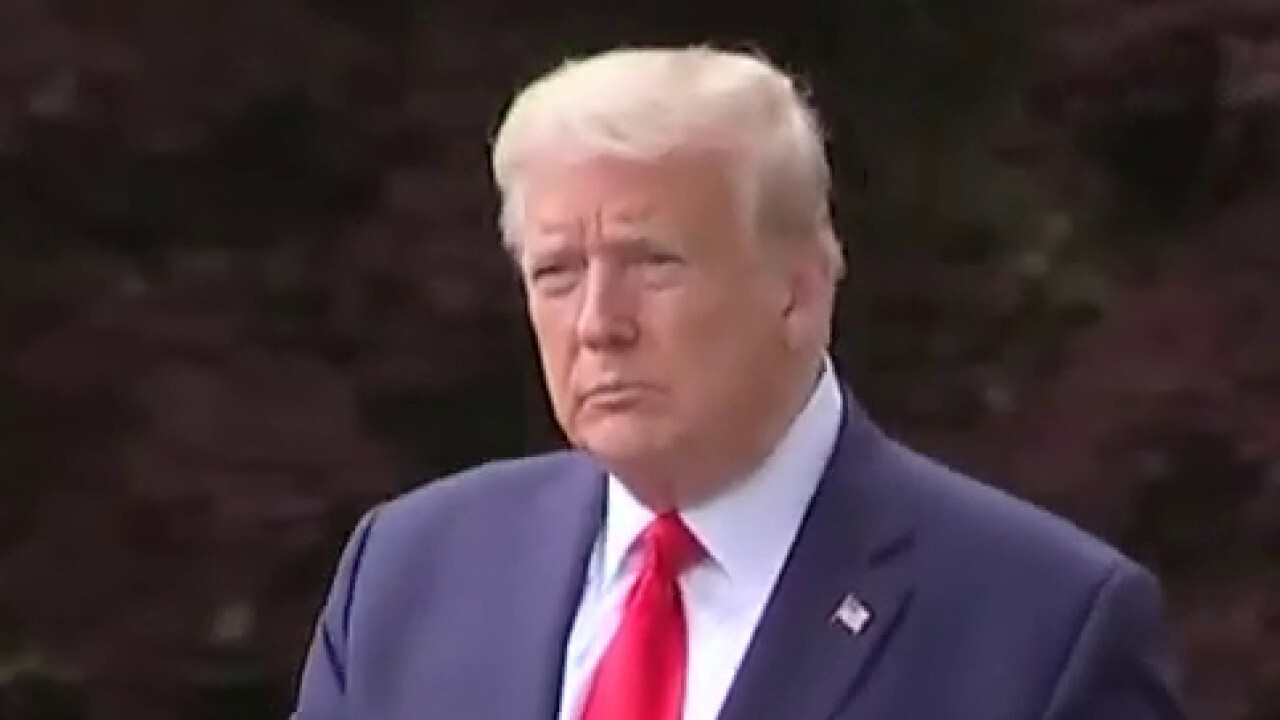 Trump is set to unveil an executive action in response to Twitter’s action on Thursday. The president accused Twitter of interfering in the 2020 election and stifling free speech, though critics say a private company’s decisions over what it allows on its platform does not violate First Amendment rights.

Twitter’s new warning label was issued even though a Twitter spokesperson acknowledged to Fox News that Trump’s tweet had not broken any of the platform’s rules, and even though several experts have called mail-in balloting an invitation to widespread fraud.

“Absentee ballots remain the largest source of potential voter fraud,” read the conclusion of a bipartisan 2005 report authored by the Commission on Federal Election Reform, which was chaired by former President Jimmy Carter and former Secretary of State James Baker.

The warning label prompted conservatives to again condemn Twitter for what they have called its apparent left-wing bias: Just two months ago, Twitter flagged a video uploaded by the Trump campaign as “manipulated media,” only to rebuff the campaign’s efforts to have the platform flag a similar video uploaded by the Biden team.

“We always knew that Silicon Valley would pull out all the stops to obstruct and interfere with President Trump getting his message through to voters,” Trump 2020 campaign manager Brad Parscale said in a statement. “Partnering with the biased fake news media ‘fact checkers’ is only a smoke screen Twitter is using to try to lend their obvious political tactics some false credibility. There are many reasons the Trump campaign pulled all our advertising from Twitter months ago, and their clear political bias is one of them.“

“Twitter ‘fact-checkers’ really suck,” wrote Dan Bongino, a Fox News contributor. He linked to a 2012 article in The New York Times headlined, “Error and Fraud at Issue as Absentee Voting Rises.” The article states that “votes cast by mail are less likely to be counted, more likely to be compromised and more likely to be contested than those cast in a voting booth, statistics show.”

Fox News’ Gregg Re and Yael Haron contributed to this report.

By Joseph A. Wulfsohn | Fox News