Italy’s prime minister announced Monday evening that he was expanding restrictions on travel to cover the entire country in an unprecedented peacetime move to try to stop the spread of coronavirus.

Giuseppe Conte said that a new government decree will require all Italians to meet a limited set of criteria — such as a need to work or health conditions — in order to travel outside the areas where they live.

He said the quarantine ordered by Rome in the north over the weekend was not enough and would have to be extended to the whole country, impacting the country’s 60 million residents.

“There won’t be just a red zone,” Conte told reporters. “There will be Italy.”

Italy registered 1,807 more confirmed cases as of Monday evening, for a national total of 9,172, the most cases of the virus outside of China. The number of dead in Italy also increased by 97 to 463.

Early Sunday, Conte signed a decree attempting to lock down 16 million people in Italy’s prosperous north — including the entire Lombardy region and 14 provinces in the Piemonte, Veneto and Emilia Romagna regions — until April 3.

The newest measures extend school closures until April 3. Schools in Italy’s center and south that were closed because of the virus were originally slated to re-open March 16.

Conte also criticized young people who have continued to gather to drink and have a good time amid a public health crisis. Under the previous decree, pubs, bars and restaurants in the affected area were ordered to close at dusk. The early hours now apply to all of Italy. 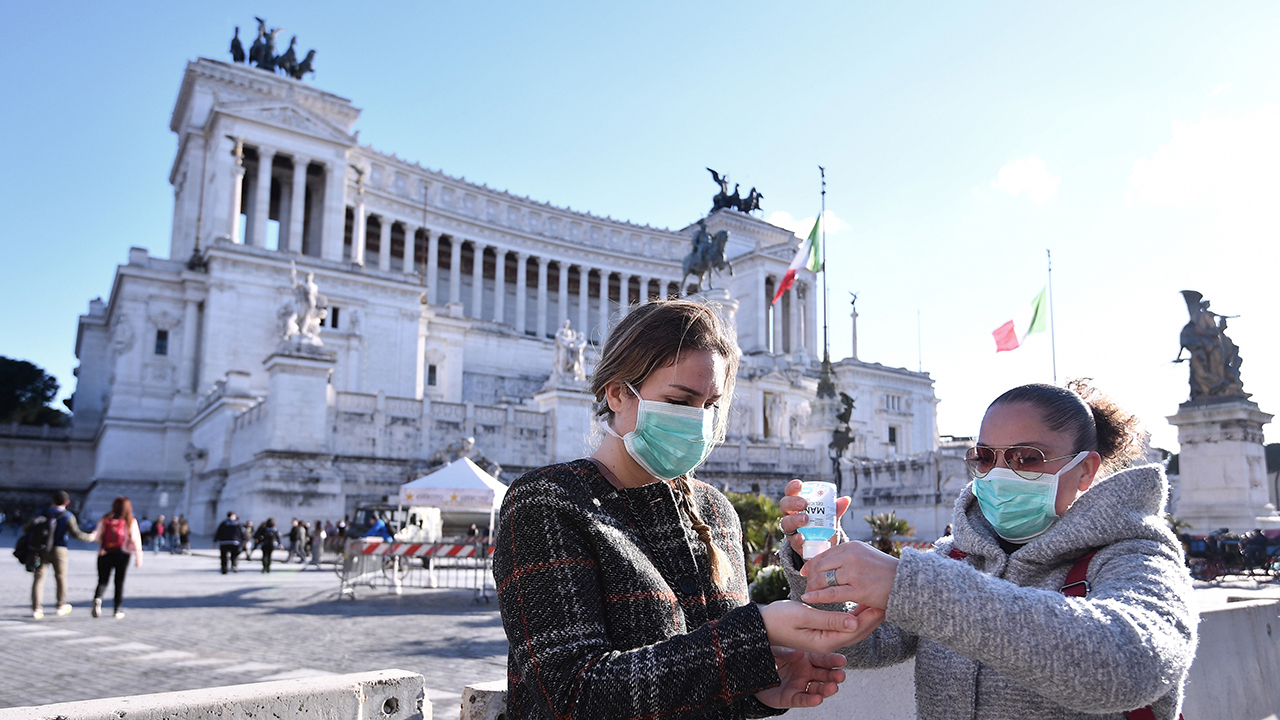 “This nightlife … we can’t allow this anymore,” he said.

The measures have caused confusion among Italians about who could travel where. The outbreak is also impacting Italy’s justice system.

Authorities said Monday that six inmates in an Italian lockup died after they broke into the infirmary and overdosed on methadone. The inmates were protesting virus containment measures inside the prison.

Authorities said inmates climbed onto the roof of the San Vittore prison in Milan and held up a painted sheet reading “Indulto,” Italian for pardon. Measures to contain the spread of the virus have effectively ground the court system to a halt, increasing tensions among prisoners.

Italian doctors celebrated one small victory after the first patient diagnosed with the illness, a 38-year-old Unilever worker, was moved out of intensive care and began breathing on his own. But the virus’ rapid spread was forcing them to operate like war-time medics, triaging patients to decide who would receive access to scarce ICU beds.

Travelers at Milan’s main train station had to sign police forms self-certifying that they are traveling for “proven work needs,’’ situations of necessity, health reasons or to return home. They also needed to provide identity documents, contact numbers and an exact reason for travel from the financial hub.

Across Italy, museums and archaeological sites were closed, weddings were canceled and restaurants were told to keep patrons more than 3 feet apart. Officials ordered ski lifts across the country to close, even those outside the quarantine zone, after students whose classes were canceled began organizing trips to winter resorts.

Pope Francis celebrated Mass alone at the Vatican hotel where he lives, live-streaming the event, but he did resume some meetings.

For most people, the new coronavirus causes only mild or moderate symptoms, such as fever and cough. For some, especially older adults and people with existing health problems, it can cause more severe illness, including pneumonia.