(CNN)The presidency of Donald Trump has left such a wretched stench in Europe that it’s hard to see how, even in four years, Joe Biden could possibly get America’s most important alliance back on track.

This week, Secretary of State Mike Pompeo canceled a final trip to meet with European and NATO leaders. While the State Department claimed the reason for his cancellation was so Pompeo could work on the Biden transition, European officials suspect that America’s top diplomat realized he’d arranged a leaving party no one wanted to attend.
Throughout Trump’s term, Europeans have been walking a tightrope, trying to balance outright condemnation of the President’s most destructive behavior with not alienating the leader of the Western world.
Pompeo was unlikely to be received warmly on his farewell tour, even before the insurrection at the US Capitol last Wednesday. For many, Trump’s incitement of rioters was the final straw. 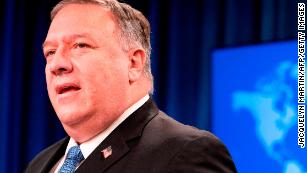 Pompeo cancels Europe trip after Luxembourg snub
The foreign minister of Luxembourg openly called Trump a “pyromaniac,” ​while diplomats are privately saying they “blame Trump squarely for the chaos in America since the election, including the Capitol riot,” as one did to CNN, reflecting the sentiments of others in the same role.
“It was clearly not going to be a congenial trip, as many European institutions and diplomats are happily turning their back on the Trump administration. It’s no secret that Europe is very much looking forward to working with Biden,” said Tyson Barker, a senior Europe analyst and former State Department official under Barack Obama.
This week’s snub of Pompeo brings an ignominious end to four years of exacerbation with a White House that went out of its way to burn bridges with allies who were caught off guard by the election of Trump, then horrified at his administration’s inability to rein in his worst instincts.
“From our perspective, Trump saw Europe as an enemy,” a senior European diplomat told CNN. “The lasting impact of ‘America First’ is the US having fewer friends in Europe.”
A senior European Union official said the general view in Brussels was that Trump went out of his way to “gradually undo a lot of what the EU was working towards on the world stage,” pointing specifically to the Iran nuclear deal and the Paris climate accord.
While the assumption is that the transatlantic relationship will improve under Biden, four years of carnage has spooked the European political scene.
“The European relationship has changed and will now be shrouded in skepticism,” said Cathryn Cluver Ashbrook, executive director of the Project on Europe and the Transatlantic Relationship at the Harvard Kennedy School.
“The arrival of a Biden administration has yet to be embraced with the same fanfare as Obama as President-elect, because Trump has done more damage to the relationship than George W. Bush. Trump’s outward aggression affected all aspects of European life, be it trade, defense or even the emotional shared ideas and cultural ties. All those things suddenly seem debased and of less value.” 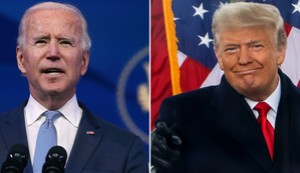 At the 11th hour, Trump hands Biden a whole new set of foreign policy headaches
The repudiation of shared ideas and cultural ties Cluver describes are one prong of the fork that has punctured the alliance. According to Barker, officials in European capitals were agog at the types of people Trump employed to work as envoys overseas.
“Europeans have considered the last four years extremely distasteful. They’ve been bemused by Trump’s envoys, like Richard Grenell in Germany, who have turned up and started behaving like Fox News anchors and insulting the country they were supposed to be building relations with,” Barker said.
Another prong has been the practical implication of Trump’s approach to foreign policy. “Trump’s disengagement and hollowing out of the State Department meant that we were suddenly without our most important ally on projects in the Middle East and Africa,” a senior German diplomat told CNN.
“When they did take big stances on things like China or Iran, they chose not to involve anyone, leaving Europeans scrambling for a response,” the diplomat added.
Cluver says this has forced a structural change in the dynamics between allies. “Europeans have had to carry the can on things like the Iran deal and climate change. On one hand, this means that Biden can pick up where Obama left off with some serious American muscle. But he might have to accept that America’s role in these relationships has changed.”
Barker agreed, saying it would be “important to see how the new administration acknowledges the damage that has been done by Trump to America’s reputation.” And on top of the big picture issues like Iran and China, Barker said, “how can [Biden] send State Department officials to Ukraine to warn about corruption with any immediate credibility?”
This idea, that Europe has lost its trust in America, comes up time and again when speaking to European diplomats and EU officials. Cluver believes the combination of unpredictability from the White House and “US bureaucracy being dismantled from the inside to make it less effective worldwide” under Trump means we have crossed the Rubicon. “American influence in European defense, security, and other global priorities has diminished. This has led to lots of countries having to think more seriously about their future with a less assertive US,” she added.
Despite optimism that Biden will restore a more collaborative approach to shared priorities, European diplomats and officials are adamant that moves towards an independent defense policy and international “strategic autonomy” will not slow down.
“In some respects, it was a good thing Trump forced us to think more about diplomatic initiatives, NATO and withdrawal of US troops,” said the German diplomat. “It might come as a shock to Biden, but the prospect of the US underpinning European security is not as attractive as it was when he and Obama left office.” 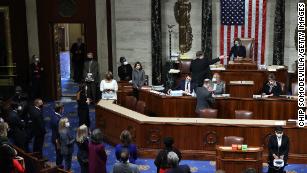 Washington’s agony is a win for autocrats and strongmen
A view many European officials share is that no matter how friendly Biden is, Trump happened once — and could happen again. The President lost the election, but clearly there is still a lot of support for his politics. In 2024, Ivanka Trump, Donald Trump Jr., Mike Pompeo, or any other of his allies could conceivably pick up the torch and win an election.
“We cannot afford to be naive. If you look at the number of votes that Trump got, he wields an influence on American voters. This anti-global, ‘America First’ undercurrent in American politics is still very much alive and we have to hedge our bets,” said the EU diplomat.
Cluver is equally convinced that Trump’s supporters are going nowhere, not least because they are unlike traditional voters. “A lot of his followers have been radicalized by conspiracy theories spread by groups like QAnon,” she said. “Even if Biden succeeds in his domestic agenda, it will be difficult to pull people away from Trump’s movement. Worse, elected representatives who want to bank on their support in the midterms and might continue pandering to them.”
If this all sounds a little gloomy, to some extent, it is. “Bush was supposed to be an aberration and Obama a restoration,” said Barker. “This idea of a reset seems a much tougher sell, especially since Trump’s used his lame-duck period to burn the house on the way out.”
It will take more than four years for the fog to lift over the Atlantic, and there are fears the relationship between Europe and America will never go back to what it was. For Europeans, that’s a reality they’re determined to make the best of. For the US, it’s unclear whether being downgraded as a diplomatic force is something that its citizens, who’ve lived through four introspective years of “America First,” will even care about.
Regardless, the Trump era has left Europeans with little choice but to wait and see how much of a priority Biden places on reclaiming America’s place on the world stage. And they will use the four years of relative quiet under Biden to build safeguards against the all too real possibility of another Euroskeptic firestarter winning the White House in 2024.