New York (CNN Business)”Tonight we have a mute button because it was either that or tranquilizer darts.”

“How’s this mute button work?” asked Carrey’s Biden. “Do I just haul off and slap him in the mouth?”

Baldwin’s Trump then took questions from the moderator, but confused her as his waitress. 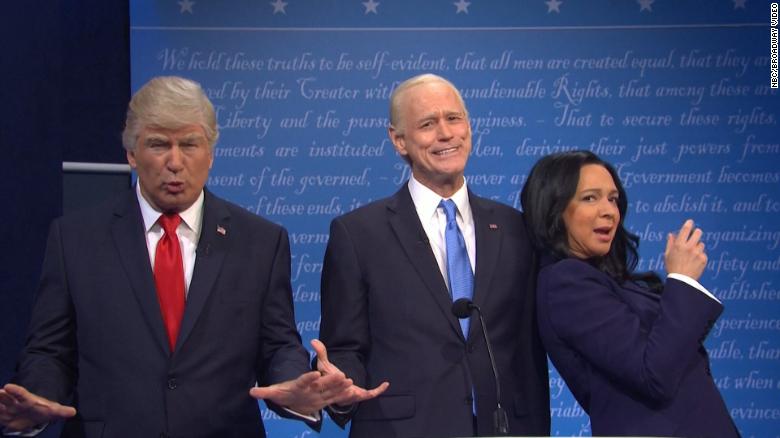 He then said that the country was doing “terrific” in terms of coronavirus.

“We’re rounding the corner. In fact, we’ve rounded so many corners, we’ve gone all the way around the block and back to where we started in March,” Baldwin’s Trump said.

Carrey’s Biden then starting spouting off responses to his opponent, saying “c’mon, man” and calling the remarks “malarkey.”

“And we have our first malarkey,” Rudolph’s Welker said. “If you’re playing Biden Bingo at home, take a shot.” 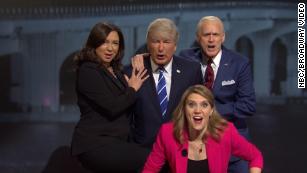 ‘SNL’ takes on the dueling town halls between Trump and Biden

The debate went back and forth between the two, touching on subjects like when a coronavirus vaccine may show up.

“I guarantee the vaccine is coming. Somewhere between two and 700 weeks, ok?” Baldwin’s Trump said.

Other subjects like health care, race and climate change also came up.

“I have a plan. It’s called ‘Bidencare.’ It’s like Obamacare, but… Biden,” Carrey’s Biden said. 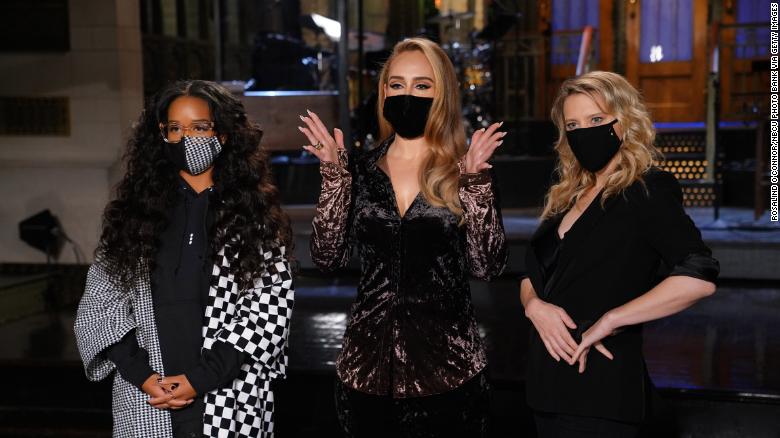 Rudolph’s Welker then posed her final question for the two candidates: “What will you say to Americans who did not vote for you?”

As for Carrey’s Biden, he made it clear who he is, compared to Trump.

“I’m good old Joe. I’m reliable as a rock,” he said. “I got a five-star safety rating. I’m ranked best mid-size in my class by J.D. Power and Associates.”

Singer Adele hosted the show, and H.E.R. was the musical guest.