Named the “Power of Siberia,” the pipeline runs more than 8,100 kilometers (5,000 miles) across the two countries, according to Chinese state-run news agency Xinhua, and will deliver 38 billion cubic meters of natural gas annually by 2024. It will be operated by Russia’s state-owned company Gazprom.
Chinese President Xi Jinping and Russian leader Vladimir Putin watched via video link as the pipeline was inaugurated, before congratulating each other on an historic moment.
“That step brings the Russian-Chinese strategic partnership in the energy sector to a whole new level,” Putin said in a statement to news agency TASS.
TASS said that deliveries had started flowing through the pipeline as of Monday, although the amount will start small and then ramp up over the years.
Gazprom CEO Alexei Miller announced to both leaders that the pipeline had been opened via video link. “Gas is flowing to the gas transmission system of the People’s Republic of China,” he said.
A 30-year deal was signed by Putin and Xi in 2014, and while a final figure has not been announced, it is believed to be worth more than $400 billion. 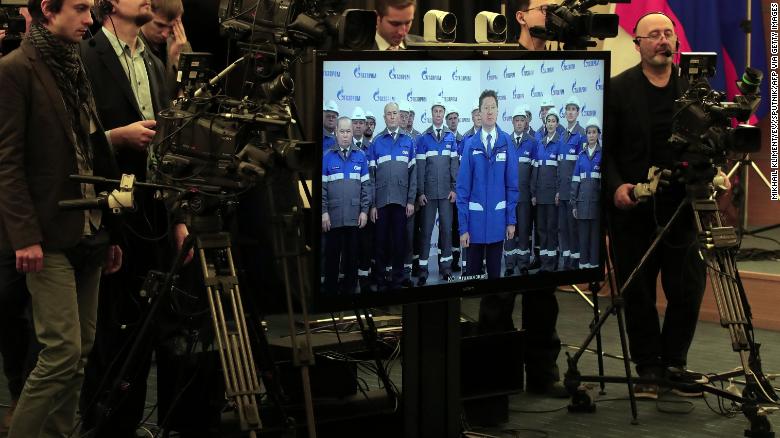 A screen shows Alexei Miller, head of Russia’s gas giant Gazprom, as Russian President Vladimir Putin takes part in a ceremony inaugurating the “Power of Siberia” pipeline via a video link in Sochi on December 2.
According to analysts at S&P Global Platts, total sales through the pipeline will represent nearly 10% of China’s entire gas supply by 2022, and will help to solidify Beijing’s energy security.
China has been trying to move away from coal and toward alternative forms of power in the past few years, as the country tackles a severe air pollution problem and growing concerns about its carbon emissions.
In April, US oil giant ExxonMobil announced a 20-year agreement to supply China with liquified natural gas. Meanwhile, China is expected to overtake the European Union as early as 2021 as the world leader in use of solar panels.
Multiple Chinese state media publications trumpeted on Tuesday that the country now had access to a greater amount of “clean energy,” compared to previous heavy use of coal. According to Xinhua, natural gas is expected to provide 15% of China’s energy mix by 2030. 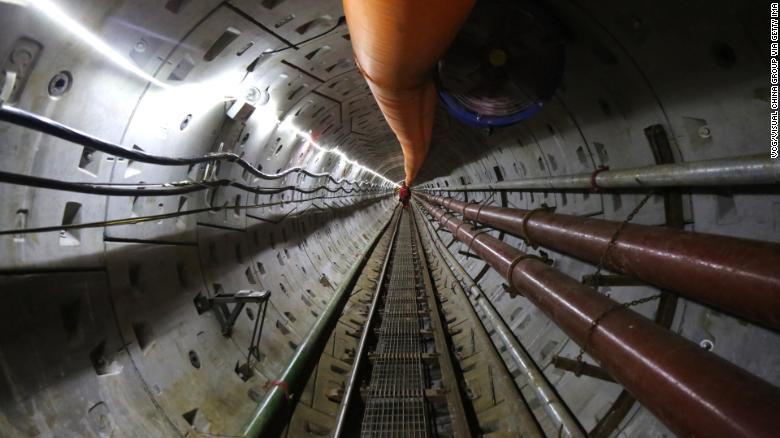 Labourers work at a construction site of the Chinese section of the China-Russia East Route natural gas pipeline on September 20, 2017 in Heihe, China.

The agreement was struck shortly after European countries began to look at reducing their reliance on Russian gas following Moscow’s annexation of parts of Ukraine in February 2014.
Ties between Beijing and Moscow have grown increasingly close under Xi’s leadership of China, with Putin saying in June that relations had reached an “unprecedented level.”
This year marks 70 years since diplomatic ties were established between Beijing and Moscow, following the founding of the People’s Republic of China in 1949. But relations between the two neighboring countries have often been tense, even when both were run by communist governments. 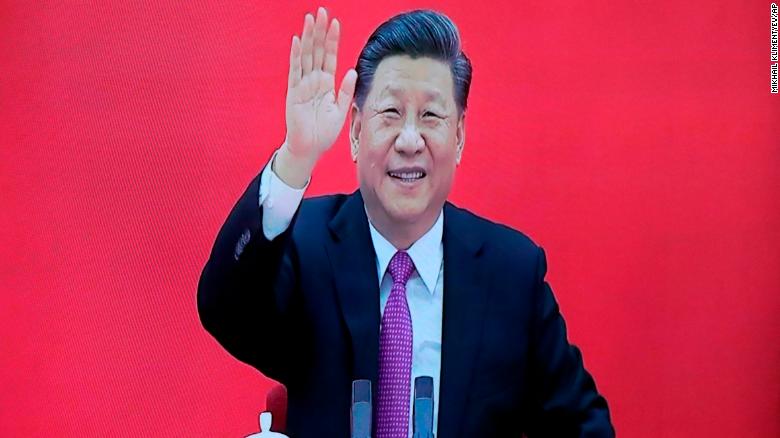 Chinese President Xi Jinping is seen on a TV screen as he attends a joint video conference with Russian President Vladimir Putin on December 2.
Under Xi and Putin, trade turnover between the two countries has soared by nearly 30% to a record $107.06 billion in 2018, according to China’s General Administration of Customs.
The two men have even publicly formed a very strong bond, with Putin describing Xi earlier this year as his “best and bosom friend” with whom he had a “deep friendship.”
Both countries have a clear motivation to strengthen economic and political ties in the face of an increasingly chilly diplomatic reception in Washington.
“Against the international backdrop that the US continues to contain China by even sacrificing its own interests, China supporting Russia is supporting itself,” Wang Yiwei, director of China’s Institute of International Affairs at Renmin University, said on Tuesday in the state-run tabloid Global Times.