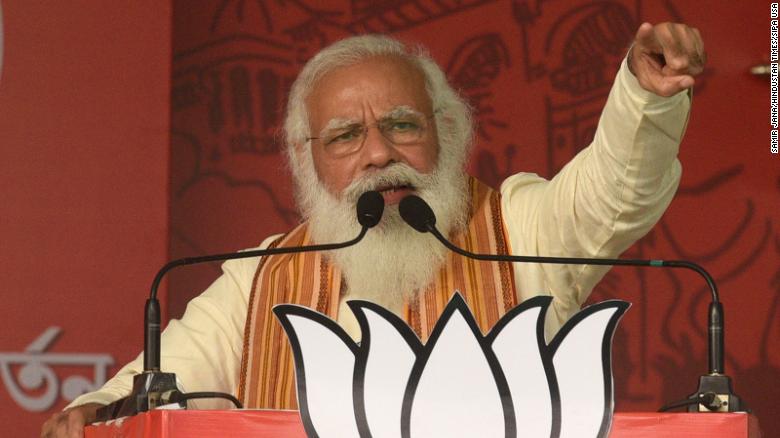 West Bengal, which is viewed as a key battleground, has never been ruled by Modi’s Bharatiya Janata Party (BJP), despite aggressive campaigning and massive rallies.
Mamata Banerjee, 66, is set to be the chief of West Bengal for the third time after her Trinamool Congress party (TMC) won a two-thirds majority, taking more than 200 seats in the 294-seat state assembly, election commission officials said. Final counting for some seats was still ongoing.
Banerjee is now India’s only woman chief minister. 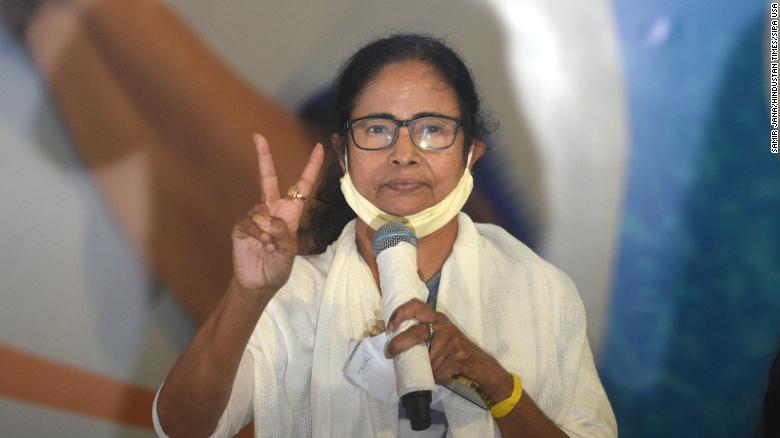 West Bengal Chief Minister Mamata Banerjee shows the victory sign after the announcement of state election results in Kolkata on May 2.
Despite the defeat, the BJP made substantial gains and became the main opposition party. Its tally in the state legislature went to nearly 80 seats, compared to just three seats won in the last state election in 2016.
The results are seen as a test on whether the second wave of Covid-19 has impacted support for Modi and the right-wing BJP.
Modi, his colleagues and regional politicians campaigned in five state elections, including West Bengal, despite the second wave of Covid-19 — prompting criticism the Prime Minister was focusing on elections instead of making the pandemic his top priority. 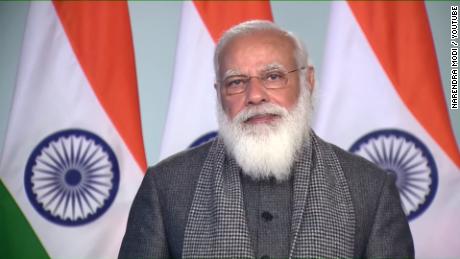 What Modi did in the lead up to India’s catastrophic second wave 03:39
Some experts blame the federal election commission for allowing rallies and voting in which large crowds flouted rules on social distancing and mask-wearing.
Banerjee, a sharp critic of Modi, largely conducted a one-woman campaign to retain power by leading scores of public rallies.
“It is a stupendous performance by Mamata Banerjee because Modi was determined to win Bengal, but it’s clear that his entire political machinery and strategy was unable to defeat her,” said Diptendu Bhaskar, a political analyst in Kolkata, West Bengal’s capital.
After the final tallies were released, Modi congratulated Banerjee in a tweet on Sunday evening. “The Centre will continue to extend all possible support to the West Bengal Government to fulfil people’s aspirations and also to overcome the Covid-19 pandemic,” he wrote. 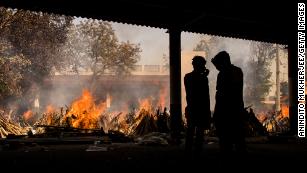 Prime Minister Narendra Modi could have prevented India’s devastating Covid-19 crisis, critics say. He didn’t
In northeastern Assam state, the BJP managed to retain power. In Tamil Nadu, victory went to the DMK, the main regional opposition party.
In Kerala state, the ruling leftist political party was set to form government while the BJP led-alliance won no seats. In the union territory of Puducherry, the All India NR Congress-led alliance was leading in 14 of the 30 seats assembly.
Most of the votes were cast in March, but polling in some constituencies continued through April, just as India started to detect thousands of new coronavirus infections every day.