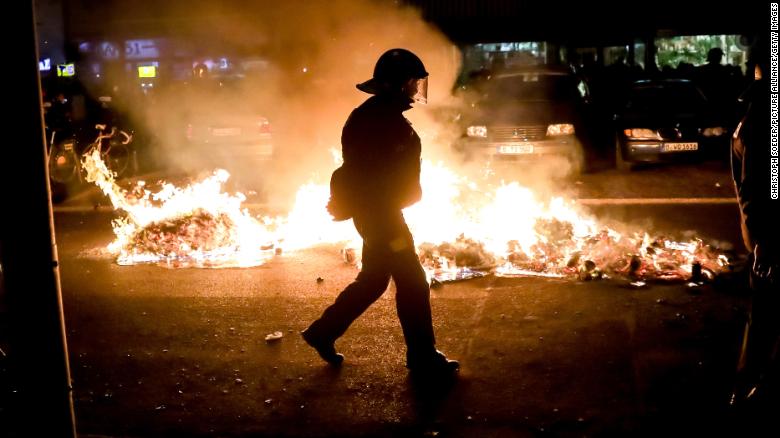 Some protesters threw stones and bottles at officers and set fire to bins.

Berlin city official Andreas Geisel condemned the violence on Sunday, saying it had “nothing to do with political protest.”
“We will not accept that some violence-seeking individuals want to deprive us of May Day as a day of peaceful demonstration,” said Geisel. “We do not give way to violence.”
There were clashes Saturday evening between police and demonstrators in the Neukölln area, with the Berlin police tweeting that some protesters threw stones and bottles at officers and set fire to bins. 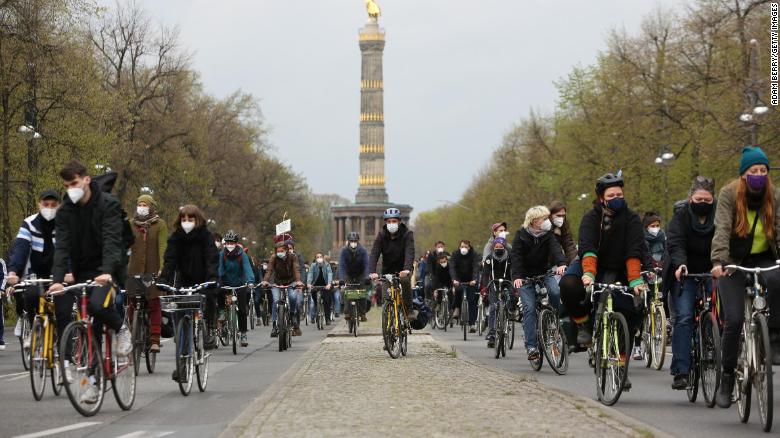 Thousands of cyclists joined the protests
“Violence during demonstrations is absolutely unacceptable,” Berlin police chief Barbara Slowik said on Saturday.
“The situation did degenerate but was quickly brought under control,” she added.
Slowik said that up to 10,000 people took part in the demonstrations. The organizers said the number of participants was over 20,000, according to CNN affiliate RTL. 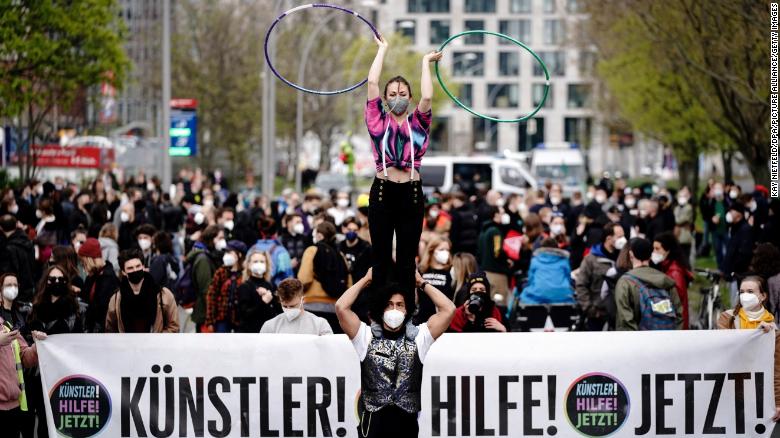 One group of protesters called for the revival of the cultural and club scene.
During the day, several rallies took place in the German capital. Most of the demonstrations passed off peacefully, police said.
RTL reported that around 10,000 cyclists demonstrated against capitalism in Grunewald quarter.
In Lichtenberg, around 200 people protested against the pandemic measures. Around the Ostbahnhof station, people came together “to revitalize the culture and club scene.” 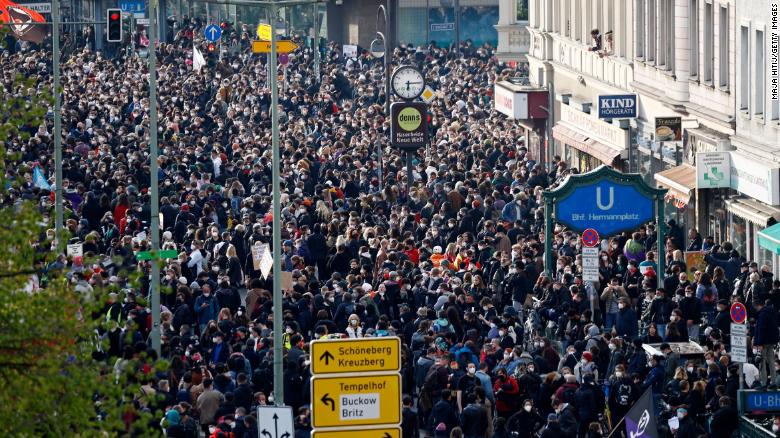 Organizers claimed that more than 20,000 people took part in the protests.
Berlin has also seen protests against coronavirus lockdown measures.
In August 2020 police in the city ordered a halt to a demonstration, citing the crowd’s failure to abide by social distancing guidelines. 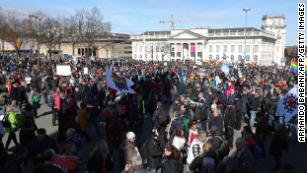 Germany puts anti-lockdown group under surveillance for possible extremist ties
Thousands of people took to the streets of the capital, including a large contingent of far-right groups and members identifying with the US-based right-wing conspiracy movement QAnon.
At the end of April Germany’s intelligence service announced it would put some anti-lockdown activists under surveillance because of concerns they are attempting to undermine the legitimacy of the federal state.
Surces from: CNNSVE NEWS is the leader in world news liberal sharing.