(CNN)Two of Europe’s biggest capitals are in trouble as Paris imposed overnight curfews and London banned people from different households from meeting indoors to combat the spread of coronavirus.

The announcements came as countries across Europe tightened restrictions following a surge in Covid-19 case numbers in most countries.

The French capital and the cities of Aix-Marseille, Grenoble, Montpellier, Toulouse, Saint Etienne, Lille, Rouen and Lyon will face a 9 p.m. to 6 a.m. curfew starting at midnight on Friday, President Emmanuel Macron announced.

“The aim is to reduce private contacts, which are the most dangerous contacts,” Macron said Wednesday. 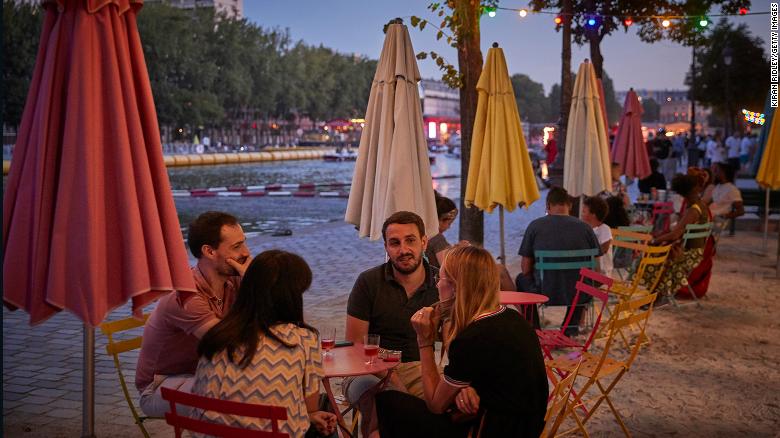 Parisians enjoy a socially distanced opening night of Paris Plages at La Villette on July 18. The city and several others will now face a 9 p.m. to 6 a.m. curfew.

It means Londoners will be banned from mixing with other households indoors in any setting, including in pubs and restaurants. Outdoor gatherings will be limited to six people and people should also avoid using public transport where possible. 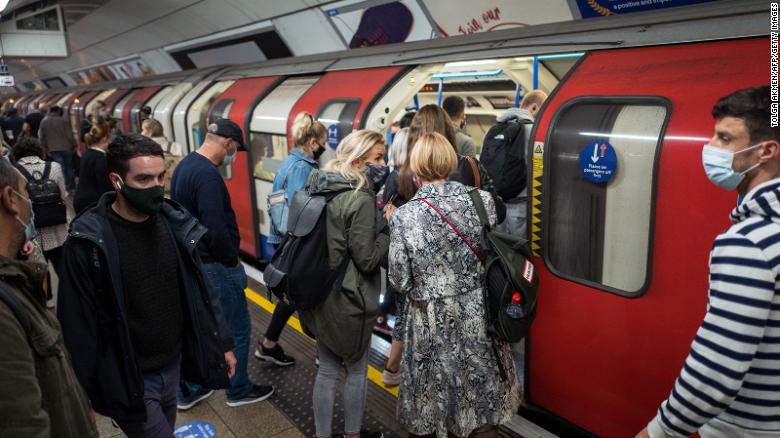 Commuters wearing masks crowd on to a London tube train on September 23. The city will enter the “high” alert level on Saturday, meaning a ban on households mixing indoors.

“We know from the first peak that the infection can spread fast and put huge pressures on the NHS, so we must act now to prevent the need for tougher measures later on,” said Hancock.

Earlier on Thursday, London Mayor Sadiq Khan said that the capital had reached a “critical moment” in its fight against the pandemic, warning that the virus was spreading rapidly “in every corner” of the city.

“Hospital admissions are up, more patients are going into intensive care and, sadly, the number of Londoners dying every day is increasing again,” he told the London Assembly.

He also called for greater action on a national scale and reaffirmed his support for a “circuit breaker” lockdown.

A preprint paper written by scientific advisers to the UK government claims that thousands of coronavirus deaths could be averted before the end of the year if a two-week circuit-breaker lockdown were to be imposed soon.

The paper suggests it could reduce deaths between now and the end of the year by up to 49%, depending on the growth rate of the virus. But the authors cautioned that it was not a forecast of lives that would be saved since “the worst-case scenarios would never be allowed to continue without intervention.”

What is a ‘circuit breaker’ lockdown?

These lockdowns — lasting only a few weeks — are short, limited and severe.

Northern Ireland will introduce such restrictions Friday, with pubs, restaurants and gyms set to close.

London’s mayor has called for a national circuit breaker to control cases.

Northern Ireland is closing schools, pubs and restaurants after it reported 1,217 new Covid-19 cases on Wednesday, a record-high for the nation, taking total cases to 23,115.

“About 80% of countries across the European regions are seeing a growth” in Covid-19 cases, Maria Van Kerkhove, the World Health Organization’s technical lead for coronavirus, said on CNN’s “New Day” Thursday.

“We are certainly seeing a very concerning situation across Europe, where we’re seeing a resurgence. We’re seeing an increase in transmission in a large number of countries across the region,” Van Kerkhove told CNN’s Alisyn Camerota.

She said many countries brought the virus under control earlier during the pandemic, and they can do it again, adding that interventions should be targeted. 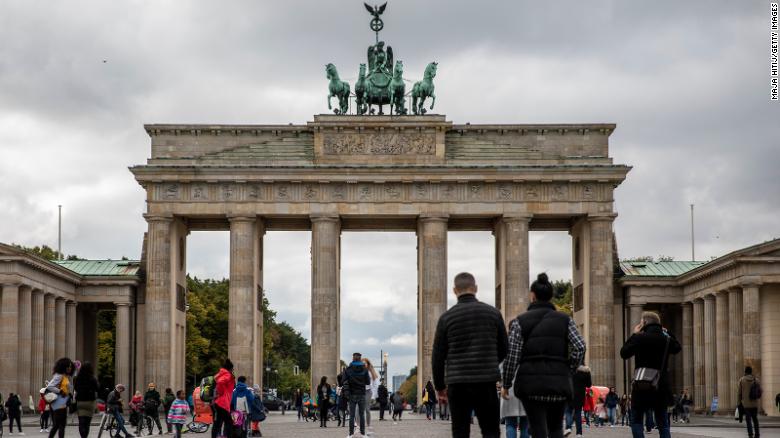 Tourists walk at the Brandenburg Gate in Berlin, Germany on October 12, as gatherings were limited to 10 people and an 11 p.m. curfew imposed in several regions.

Social gatherings will be limited to just 10 people and bars and restaurants must close by 11 p.m. in the regions where infection rates are highest.

The restrictions will be assessed in the next 10 days to find out if they have slowed the rate of the virus. Merkel also addressed Germany’s young people, urging them to “do without a few parties.”

The number of cases in Germany increased by a record 6,638 in 24 hours, according to data published by the Robert Koch Institute (RKI) Thursday, bringing the total to 341,223. The second-highest daily increase was 6,294 on 28 March. 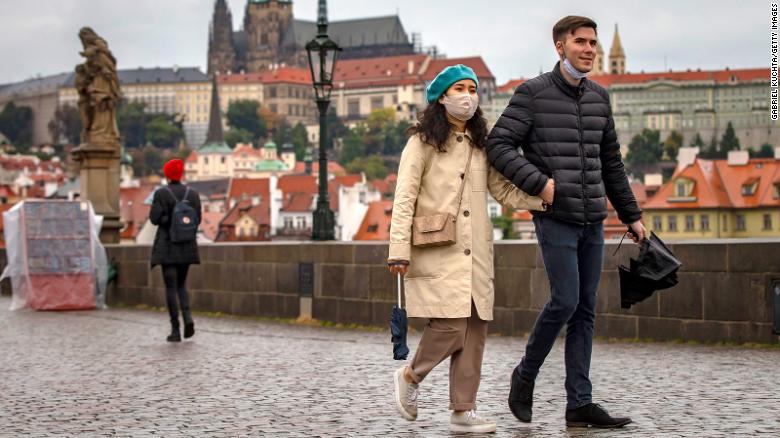 Germany also registered 33 new deaths in the last 24 hours, the RKI added, bringing its total to 9,710.

The Czech Republic registered a record 9,544 new cases on Wednesday, a 926 increase from the previous record set last Friday, the Czech Ministry of Health announced.

The total number of cases has reached 139,290, according to Johns Hopkins University figures.

“The prognosis is not good, the numbers are very catastrophic,” Prime Minister Andrej Babis said Thursday.

Czech government data showed 35 deaths were registered on Wednesday, bringing the death toll to 1,172, while 2,678 people remain hospitalized with coronavirus.

New restrictions were introduced Wednesday, with schools closing and bars and restaurants allowed to serve through windows until 8 p.m.

Russia also reported a record number of coronavirus-related deaths in the past 24 hours at 286, according to the country’s coronavirus response center data released Thursday. Russian officials said the total death toll was now 23,491, although the figure is likely to be larger due to the way the country calculates deaths, and reports of high excess mortality this year.

Russia has faced a streak of record-high daily increases, with health officials reporting around 2,000 cases more per day than during the spring peak, when the country officially reported around 10,000-11,000 daily cases.

Moscow is seeing record increases in daily coronavirus cases and hospitalizations rose by 15.5% over the past week, but city officials have not moved to close any facilities so far.

From Monday, visitors of nightclubs and bars that are open past midnight will need to scan a QR code or text a special number to help contact tracing.

Poland reported a record 8,099 new Covid-19 cases on Thursday — a 24% increase on Wednesday’s record 6,526 cases, according to its Ministry of Health.