(CNN)It is the art of anything-but-actual war. The apparent goal of Iran’s enemies, and possibly Iran itself, is in the next 50 days — ahead of the US inauguration — to be as antagonistic as humanly possible, without actually starting a full-blown conflict.

In a region as febrile and tense as this, such broad statements carry the risk that an outlier, or unexpected reaction, tips the scale into rash conflict. But none of the interested parties — not even after the broad-daylight apparent assassination on the outskirts of Tehran of Iran’s most prominent nuclear scientist Mohsen Fakhrizadeh, of which Israel stands accused by Rouhani and other senior officials of orchestrating — really want outright war now. 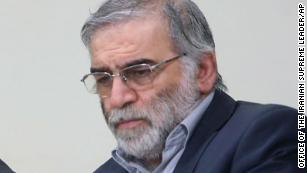 Iran’s supreme leader vows revenge after top nuclear scientist apparently assassinated
First, the least involved but biggest player, the United States. President Donald Trump’s team may be doing all they can to goad and enervate Iran’s hardliners, but a wide conflict with Tehran is totally out of keeping with their long-term agenda. They are busy leaving Afghanistan and Iraq precipitously. They campaigned on ending the endless wars. Full-scale conflict with Iran would likely trigger another conflagration, with US diplomats and America’s ally Israel in the firing line of Hezbollah or Iranian long-range missiles. It would spiral fast, and that is why US actions have stopped short of hitting Iran itself. The Trump administration wants to create as much hate as possible to make future reconciliation impossible. It’s that simple.
Helping Women Entrepreneurs of Color Survive and Thrive in the Digital Economy
The Mastercard Center for Inclusive Growth’s partnership with the non-profit Grameen America has helped women-owned small businesses survive — and now thrive — in Harlem.
But it is also perhaps a miscalculation of an outgoing administration that could ultimately benefit their successor. President-elect Joe Biden wants to restart the nuclear deal of 2015, presumably slightly wider in scope with longer terms, if possible. He’s already made that clear. There is simply a clock ticking, during which Iran may have to endure other aggressive attempts to embarrass it — to make it look unable to defend itself and its most senior officials properly — until we ultimately see everyone at the negotiating table. It does not hinder Biden’s progress to have his rapprochement preceded by a huge bout of tension and loathing. He can blame Trump and offer a less favorable deal to make it all stop. 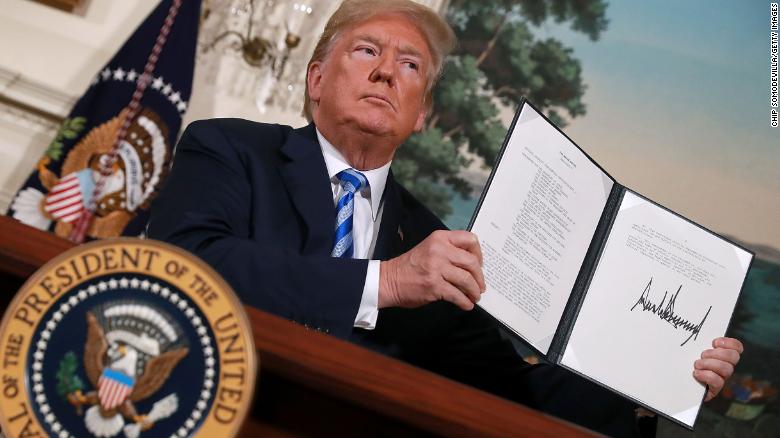 US President Donald Trump holds up a memorandum reinstating sanctions on Iran after he announced the US would withdraw from the Iran nuclear deal, at the White House on May 8, 2018.
Iran too, despite its hawkish noises, is in no position to endure a full conflict. Covid-19 has ravaged its cities and senior officials. Its economy is in tatters. It lost its most prominent military figure in January — Qasem Soleimani, killed by a US drone outside Baghdad airport — and has yet to openly retaliate for that insult, despite pledging to do so. If it did not embrace the idea of all-out war over that killing, then the death of Fakhrizadeh will hardly seem like a casus belli. Presidential elections loom in Iran in which President Hassan Rouhani will face hardliners who are out to shift the moderate stance of the government. Yet the election’s biggest issue is likely to be a low turnout. It is unlikely its results will sway Iran’s real decision-maker, Supreme Leader Ayatollah Ali Khamenei.
Iran’s plan is clearly longer term and imbued with the recognition they would — in an all-out conflict with the US, Israel and the other anti-Iran allies in the region — lose in a conventional sense, while only inflicting manageable, non-conventional damage — on their adversaries.
War makes no sense to Iran now at all. So, we will see huge, inflammatory demands for revenge, but nothing in response that requires a counter-response from their enemies. That calculation was made over Soleimani and is unlikely to be bent by the death of Fakhrizadeh, a man few had even heard of. It is also unlikely that someone so prominent still held the only set of keys to whatever complex plans Iran has afoot now (it says none that involve nuclear weapons). These continued assassinations of its most security-conscious officials are just embarrassing, and again makes them wonder what changes they can get from Biden. 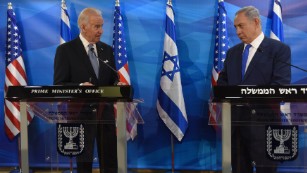 Who’s afraid of Joe Biden? Not Benjamin Netanyahu
And that brings us to Israel, the antagonist presumed to be trying to push everyone into the fight. Prime Minister Benjamin Netanyahu told us to “remember that name” Fakhrizadeh in his speech promoting confrontation to stop Iran’s nuclear program in April 2018. Obviously, it is in Israel’s interests it remains the only nuclear power on the block — as it is frankly in everyone’s interest to keep the world mushroom cloud-free. But Israel is also not in peak shape now, especially when it comes to Netanyahu’s political prospects. He faces another possible election next year, and the loss of his key ally in Trump, who went out of his way to please Israel’s right.
Israel will not want to go it alone against Iran. It will not want to endure missiles from its north and east, no matter how advanced its protection systems, when Netanyahu’s political future is so opaque. If it was behind this covert, apparent assassination — allegations that Israel hasn’t commented on — then its message has three purposes. Yes, to antagonize Iran’s hawks and make diplomacy less likely to succeed. 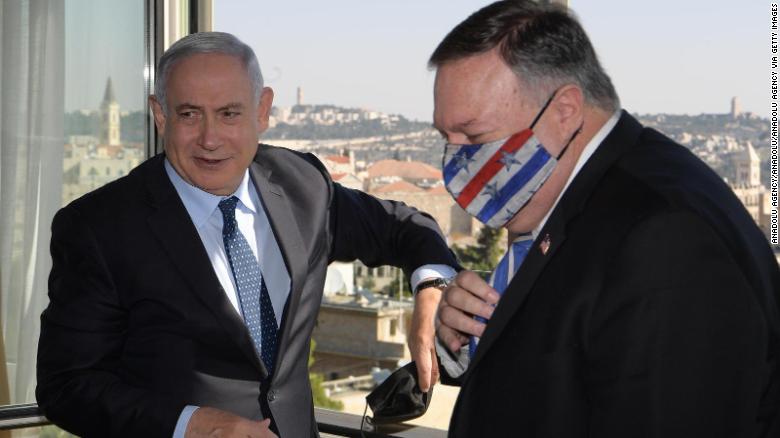 US Secretary of State Mike Pompeo (right) and Israeli PM Benjamin Netanyahu meet in Jerusalem on November 19, 2020.
But it also sends a message that Iran’s hawks aren’t very good at defending their most important, prominent figures — that Iran’s hawks are weak. And it sends a message too to an incoming Biden administration.
For Biden’s team, Netanyahu is likely a problem to be solved rather than an ally, and this killing suggests in that likely fractious relationship with the new US President that Israel can do useful and aggressive things for the White House. It does not hinder Biden being the good cop, when the bad cop has just shown it can kill one of Iran’s most precious human resources in the secure suburbs of Tehran.
The Middle East excels at volatility, spiraling tempers, and explosive rhetoric and action, like no other part of the world. But wars need all sides to need them for them to properly ignite. And Iran, the US and Israel have no urgent cause for conflict now. So, we will likely see more anything-but-actual war incitements in the months ahead. We can only hope.