London (CNN Business)In the four years that have passed since Britain voted to leave the European Union, business executives have consistently delivered one message to the country’s political leaders: Do not under any circumstances crash out of our largest export market without a deal to protect trade.

Now, after painstaking negotiations that resulted in an amicable divorce with the European Union earlier this year, Prime Minister Boris Johnson has instigated a confrontation with Brussels that could turn the nightmare “no-deal” scenario for business into reality.

The UK government said this week that it intends to break the terms of the divorce agreement that settled the country’s departure from the European Union at the end of January. EU officials have given Johnson until the end of this month to abandon his would-be violation of international law. 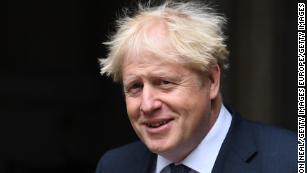 Boris Johnson’s government is threatening to breach international law. It could backfire spectacularly

If he refuses, negotiations on a UK-EU trade deal to replace the transitional agreement that expires at the end of 2020 are likely to collapse, risking border chaos and food shortages, an end to the country’s fragile recovery from its deepest recession on record and years of tepid growth to follow.

What’s more, intentionally breaking international law would make other countries think twice before offering the United Kingdom the free trade deals it desperately needs, damage the country’s reputation as a standard bearer for the rule of law and make it a less attractive destination for startups and foreign investment.

“For a country, without any real thought about where it’s going, to put so much up in the air is hugely unusual and it’s hugely worrying,” said David Henig, the UK director of the European Centre For International Political Economy.

There’s no trading arrangement available to the United Kingdom that can deliver the benefits of continued membership in the European Union, the world’s largest single market area and the destination for 43% of British exports. Leaving the bloc means higher costs for UK companies under any circumstances.

Already, years of uncertainty over the future terms of EU trade have damaged the UK economy. According to analysts at Berenberg, UK GDP grew at a respectable annual rate of 2.4% in the three years leading up to the June 2016 Brexit referendum. That slowed to 1.6% in the years since as business investment stagnated.

Having a new trade deal with the European Union would help limit further damage to businesses as they desperately attempt to recover from the coronavirus pandemic, which caused UK GDP to contract by over 20% in the second quarter, the worst slump on record and the deepest of any major developed economy. 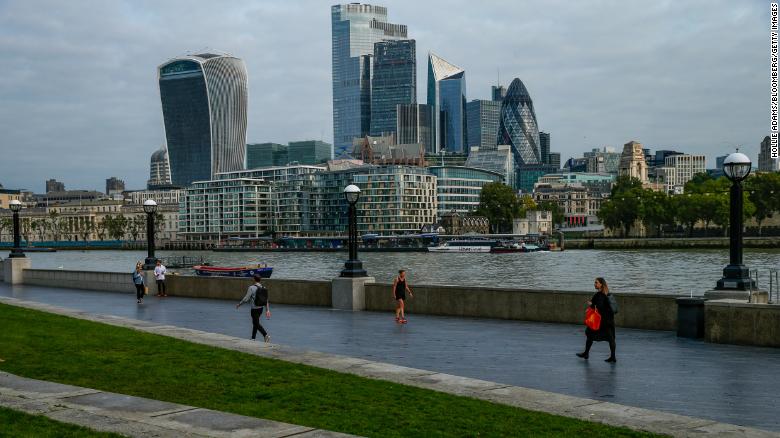 The United Kingdom contracted more than any other developed economy in the second quarter.

The most damaging scenario, under which the United Kingdom does not secure a new trade agreement and the divorce deal is not honored, could snarl supply chains and cause huge disruption at the border, where customs systems would likely be overwhelmed. That could lead to shortages of food and medicine in Britain.

The UK government estimated in November 2018 that a disorderly end to Britain’s trade relationship with the European Union would reduce output by 7.7% over the next 15 years compared to continued EU membership. And the shock to the pandemic-scarred economy would be immediate.

“A hard exit with few or no intermediate steps to manage the adjustment in key areas like goods trade and financial services could tip the UK back into recession in early 2021,” said Berenberg economist Kallum Pickering in a research note this week.

Investors have been rattled by recent events. The British pound has dropped 4% against the dollar to $1.28 since the beginning of September. It could plunge another 10% to $1.15 in a “no-deal” scenario, according to analysts at Capital Economics.

Industry groups have warned of dire consequences. The trucking and transportation companies that bring goods into the United Kingdom said this month that they’re in the dark about IT systems that will be used for customs declarations, as well as changes to infrastructure at the border. There’s not enough time left to hire the tens of thousands of customs agents before the end of the year.

The British Retail Consortium said this week that consumers should be prepared for higher prices and reduced availability of products, warning that a disorderly break with Europe would lead to worse disruption than the coronavirus pandemic. Demand for food products from Europe, which would face an average tariff of 22%, is highest in January.

“In a no deal, our key supply routes … will be disrupted at a time we heavily rely on imports,” said Andrew Opie, the group’s director of food policy. “Disruption to the supply chain means a reduction in availability, shorter shelf life and more pressure on prices.” 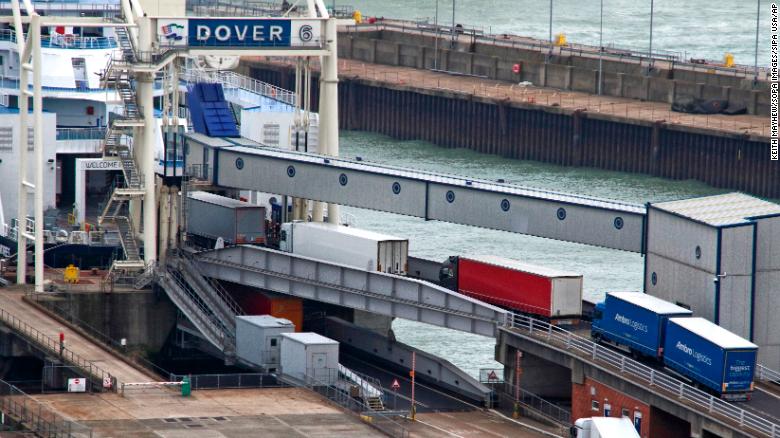 Lorries begin to board a ferry at the UK port of Dover.

Henig said it could take several years for the UK economy to adjust to higher tariffs and other barriers to trade with the European Union. He expects the food and drink, automotive and chemicals industries to suffer most. “I don’t see how a car made in the UK is economically viable with a 10% tariff into the EU,”he said. “You could be talking about substantial parts of UK manufacturing ceasing to exist.”

Who wants a trade deal?

A decision by Johnson to override parts of the divorce agreement may help appease some members of his Conservative Party, but it could also undermine Britain’s ability to secure new trade deals in the years to come.

Britain will no longer be covered by trade deals negotiated by the European Union at the end of this year, and the country is trying to replicate as many of those as possible, while also pursuing new agreements with countries that do not have EU deals, such as the United States.

But intentionally breaking international law makes other governments less likely to engage with the United Kingdom. House Speaker Nancy Pelosi, the most powerful elected official in the Democratic Party, is worried that a move to override the divorce treaty could undermine the fragile peace on the island of Ireland (Northern Ireland is part of the United Kingdom).

“If the UK violates that international treaty and Brexit undermines the Good Friday accord, there will be absolutely no chance of a US-UK trade agreement passing the Congress,” Pelosi said in a statement on Wednesday. 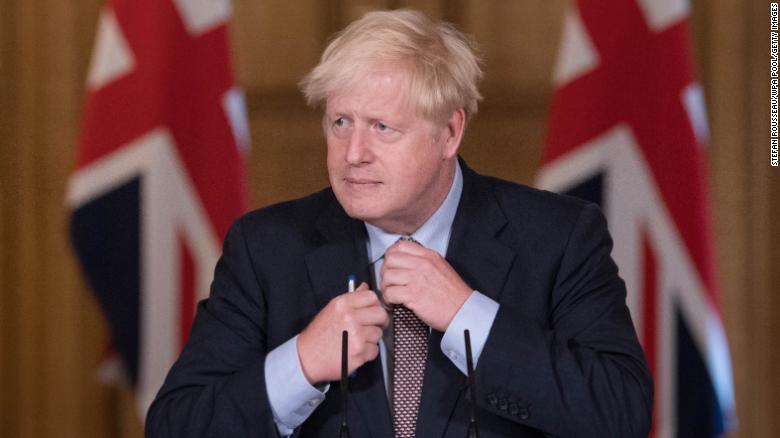 On Friday, the United Kingdom scored a victory when it clinched a trade agreement with Japan, largely replicating the agreement that country has with the European Union.

But there’s still a very long way to go. Assuming the EU-UK talks collapse, only 10% of UK trade is covered by agreements, including the Japan deal. And even if Britain succeeds in signing up more countries to free trade deals, violating international law could unnerve foreign investors who are looking for a predictable business environment.

“If you’re located in a country that has a trade deal with the United Kingdom and you’re thinking about investing in selling into the United Kingdom or in using UK inputs in your production, you will feel slightly less secure about whether the current arrangements that make it profitable will persist,” said Professor L. Alan Winters, a director of the UK Trade Policy Observatory at the University of Sussex.

What happens next has the potential to set the British economy on a path for years to come. There are only weeks remaining in which to reach a new trade deal and avoid new tariffs and other barriers.

“We hope that we’ll eventually recover from Covid-19, but Brexit is permanent,” said Winters.