New York (CNN Business)Amazon destroyed more than 2 million suspected counterfeit products that third-party sellers sent to its fulfillment centers last year as part of a crackdown on counterfeit merchandise on its website.

The numbers were released Monday in Amazon’s first report documenting the company’s efforts to block counterfeits from appearing on its online marketplace.
The report comes amid growing scrutiny from lawmakers, brands and shoppers over counterfeit products appearing on Amazon. Brands have complained about their goods being targets for counterfeiters on the site and some items have turned up as dangerous for consumers.
Amazon said in its report that the pandemic, which caused more consumers to shop online, spurred more attempts by “bad actors” to offer counterfeit products. 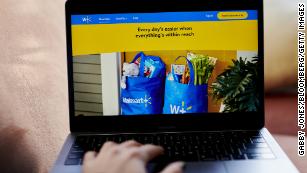 Walmart’s online store isn’t profitable. Now it’s borrowing from Amazon’s playbook
Amazon said it blocked more than 10 billion suspected bad listings before they were published on the site.
Fewer than 0.01% of products sold on Amazon received a counterfeit complaint from customers, the company said. “Those complaints were quickly investigated for accuracy, and Amazon took appropriate action on listings and accounts.”
The company said it invested more than $700 million and employed more than 10,000 people last year to “protect our store from fraud and abuse.” It also established a “Counterfeit Crimes Unit” last year to refer suspected counterfeit cases to law enforcement.
Amazon has faced criticism from lawmakers over counterfeit products in recent years, and a bipartisan group of US senators recently introduced legislation to try to limit counterfeit merchandise from appearing on online retail platforms.
The INFORM Consumers Act would require online retailers to authenticate the identity of “high-volume third-party sellers, which will help deter the online sale of counterfeit goods by anonymous sellers.” Retailers such as Home Depot and Walgreens support the measure.
Amazon opposes the bill.
“This legislation favors large brick-and-mortar retailers, at the expense of small businesses that sell online, while doing nothing to prevent fraud and abuse or hold bad actors accountable,” the company said last month.