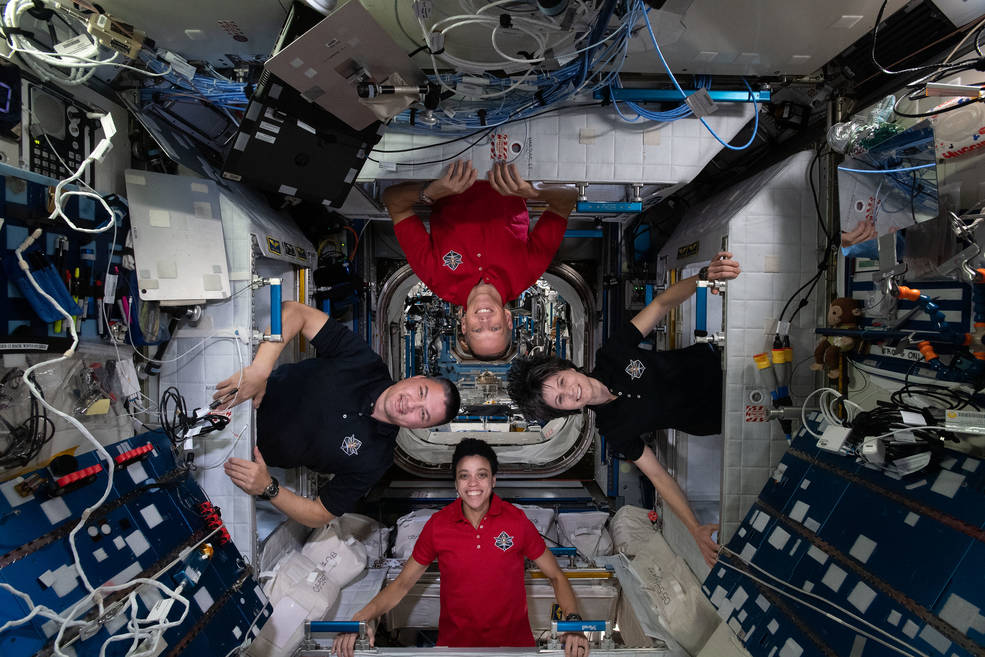 NASA’s SpaceX Crew-4 astronauts will answer media questions at 11:55 a.m. EDT Tuesday, Oct. 11, about their time aboard the International Space Station. The event takes place prior to their return to Earth later this month.

NASA astronauts Kjell Lindgren, Bob Hines, and Jessica Watkins, as well as ESA (European Space Agency) astronaut Samantha Cristoforetti will participate in the news conference from orbit. The event will air on NASA Television, the NASA app, and the agency’s website at:

Interested media must contact the newsroom at NASA’s Johnson Space Center in Houston by calling 281-483-5111 or emailing jsccommu@mail.nasa.gov no later than 8 a.m. Tuesday, Oct. 11. To ask questions, reporters must dial into the news conference no later than 11:30 a.m. Questions may also be submitted on social media using #AskNASA.

Crew-4 astronauts have been living and working aboard the station since their docking on April 27. During their mission, the crew contributed to hundreds of experiments and technology demonstrations, including documenting how improvements to the space diet affect immune function and the gut microbiome, determining the effect of fuel temperature on the flammability of a material, exploring possible adverse effects on astronaut hearing from equipment noise and microgravity, and studying whether additives increase or decrease the stability of emulsions.

The astronauts also investigated microgravity-induced changes in the human immune system similar to aging, tested a novel water-reclamation membrane, and examined a concrete alternative made with a material found in lunar and Martian dust.

The SpaceX Dragon Freedom spacecraft will undock from the space station later this month, splashing down off the coast of Florida to conclude their mission.

Crew-4 is the fourth crew rotation mission with SpaceX for the agency’s Commercial Crew Program. Regular commercial crew rotation missions enable NASA to continue the important research and technology investigations taking place aboard the station. Such research benefits people on Earth and lays the groundwork for future human exploration through the agency’s Artemis missions, which will send astronauts to the Moon to prepare for future expeditions to Mars.