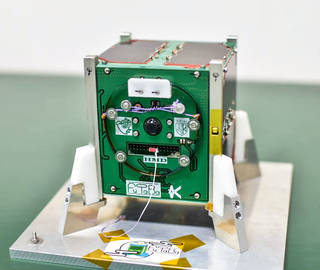 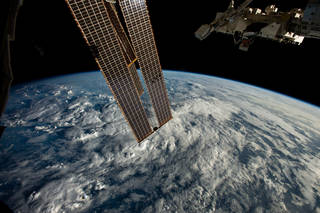 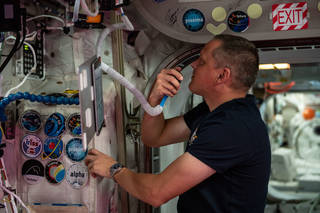 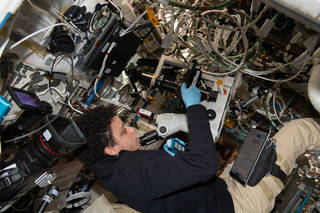 Crew members aboard the International Space Station conducted scientific investigations during the week of Aug 8 that included launching three small satellite-based investigations, a ham radio session with students in New York, and a demonstration of wireless technology for monitoring crew health.

Here are details on some of the microgravity investigations currently taking place aboard the orbiting lab:

During the week, crew members conducted an ISS Ham Radio session with Kopernik Observatory & Science Center in New York. Before these events, students learn about radio waves, electricity, and space and prepare questions to ask the crew. While only a few students are able to ask questions due to the limited time available, hundreds of people typically listen to the event from classrooms or auditoriums or via livestream. By engaging students, teachers, parents, and other members of the community in direct communication with astronauts via ground-based ham radio units, this program helps inspire interest in science, technology, engineering, and math. Ham radio sessions, conducted since Expedition 1, now have provided a direct link to space between more than 250,000 participants on the ground and over 100 crew members.

A shirt with heart

Wireless Compose-2, an investigation from ESA (European Space Agency), demonstrates an infrastructure for wireless transmission of data and includes the Ballistocardiography for Extraterrestrial Applications and long-Term missions (BEAT), which measures forces generated by the heart as it moves blood. The investigation uses SmartTex, a shirt with built-in sensors, to take these measurements. This technology could be used to help monitor the health of astronauts on future missions and this investigation also could improve the technology for use on the ground. During the week, crew members conducted a BEAT session with the shirt and filled out a questionnaire to provide feedback to researchers.

Other investigations involving the crew:

The space station, a robust microgravity laboratory with a multitude of specialized research facilities and tools, has supported many scientific breakthroughs from investigations spanning every major scientific discipline. The ISS Benefits for Humanity 2022 publication details the expanding universe of results realized from more than 20 years of experiments conducted on the station. Access the publication and related materials online.

For daily updates, follow @ISS_Research, Space Station Research and Technology News or our Facebook. Follow ISS National Lab for information on its sponsored investigations. For opportunities to see the space station pass over your town, check out Spot the Station.