New York (CNN Business)Ahead of a critical global climate conference in November, a UN report released Wednesday shows that many of the world’s largest fossil fuel producers are still planning to ramp up production in the coming years, and will be burning far more fossil fuels in 2030 than what is consistent with global climate pledges.

The UN Environment Programme analysis shows that 15 major fossil fuel-generating countries will produce roughly 110% more coal, oil, and gas in 2030 than what would be necessary to limit warming to 1.5 degrees Celsius above pre-industrial levels, and 45% more than what would be consistent with 2 degrees.
Scientists have said limiting warming to those thresholds is critical to avoid the worst consequences of the climate crisis.
Researchers call this disconnect between government plans and international climate commitments the “production gap,” which they conclude remains “largely unchanged” compared to previous assessments since the annual report first launched in 2019. 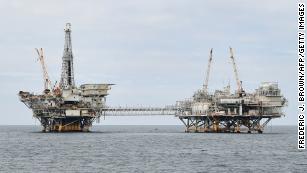 Peak oil is coming. That won’t save the world
The latest analysis found that the production gap is widest for coal, of which governments plan to produce roughly 240% more in 2030. They are also planning to produce 57% more oil and 71% more natural gas than what is in line with the 2015 Paris Agreement.
Ploy Achakulwisut, lead author of the report and scientist with the Stockholm Environment Institute, said while the range is sobering, governments still have the power to reverse course and close the gap.
“It’s state-owned fossil fuel companies that control 50 to 55% of global coal, oil and gas production, but even when they don’t currently control production, government policies and subsidies enables production by private interests,” Achakulwisut told CNN. “It’s governments who can implement systemic economy-wide policies and actions, with the public interest in mind.”
“The main message is that governments have a primary role to play in closing the production gap,” she added.
Achakulwisut and colleagues analyzed the production plans and projections of Australia, Brazil, Canada, China, Germany, India, Indonesia, Kazakhstan, Mexico, Norway, Russia, Saudi Arabia, the United Arab Emirates, the United Kingdom, and the United States.
Although the world’s largest coal producers, China and the US, are ramping down their production of fossil fuels, the shift would be counteracted by projected increases in coal production in India, Russia, and Australia, the report said.

The cooling stacks at a coal-fired power plant in Uttar Pradesh, India. A report from the UN shows countries like India are planning to produce more fossil fuels in the next decade than what they can afford under current climate commitments.
In 2015, more than 190 countries signed onto the Paris Agreement pledging to limit the precipitous rise in global temperatures to well below 2 degrees Celsius above pre-industrial levels, with a preferred goal of 1.5 degrees.
While half a degree doesn’t sound like a huge difference, climate scientists have said every fraction of a degree of additional warming past 1.5 degrees will trigger more severe and frequent climate extremes. Beyond 1.5 degrees, they say the world will see more record-setting wildfires, unprecedented heat waves, and deadly floods like in 2021.
“The point of the production gap report is to show that governments continue to not see supplying fossil fuels as contributing to the climate crisis,” Achakulwisut said. “The crux of the problem is governments of fossil fuel-producing countries are still not willing to publicly acknowledge that we need to wind down production rapidly in a sustained, managed manner in order to meet the Paris Agreement.”
A recent study found that a vast majority of the planet’s remaining oil, natural gas, and coal reserves must remain in the ground by 2050 to avoid these consequences. Most regions around the world, according to the authors, must reach peak fossil fuel production now or within the next decade to limit the critical climate threshold. And the latest outlook by the International Energy Agency said that more aggressive climate action is needed from world leaders, even as the shift to clean energy leads to a decline in the oil industry. 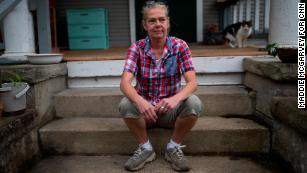 West Virginia’s reliance on coal is getting more expensive, and Joe Manchin’s constituents are footing the bill
Nevertheless, the production gap report found that the world’s largest economies have funneled more than $300 billion in new funds toward fossil fuel activities since the onset of the Covid-19 pandemic, which is more than they have invested toward clean energy alternatives.
“Modeling results show that all three fuels — coal, oil and gas — need to basically have started declining since 2020 in order for us to stay consistent with a pathway that will allow us to be consistent with limiting long-term warming to 1.5 degrees C,” Achakulwisut said. “Continuing to delay action will just make the problem harder.”
The report comes ahead of the UN-brokered international climate negotiations in Glasgow, Scotland, at the beginning of November, where the focus will be on getting countries to commit to stronger fossil fuel cuts, as well as putting an end date on the production and use of coal.
In September, UN Secretary-General António Guterres called the planet’s current path “catastrophic,” noting that unless countries reverse course and make rapid and bold commitments, they are “breaking the promise made six years ago to pursue the 1.5-degree Celsius goal of the Paris Agreement.”
The next few years is critical to closing the production gap, Achakulwisut said. Only by rapidly transitioning away from fossil fuels and slashing greenhouse gas emissions can the world limit warming at 1.5 degrees.
“We’re going to need even steeper, faster declines, and potentially more disruptive transition,” she said. “The quicker we take action, the more managed and less disruptive this transition away from fossil fuel can be for everyone.”